French tourism bosses last night called on Emmanuel Macron to lift his travel ban for British holidaymakers, accusing him of punishing the industry for deteriorating ties with Britain.

The French president imposed strict measures on British tourists shortly before Christmas, saying it was to stop the spread of the Omicron variant.

Senior industry officials across the Channel have said several holiday and ski resorts would face an economic “disaster” this month unless the ban is lifted.

It comes as the country’s public health agency yesterday admitted that Omicron is now the most dominant variant in France. Yesterday, Omicron helped bring the number of infections to a record 232,000 new cases, putting more pressure on Mr Macron to back down.

François Badjily, head of the Alpe d’Huez tourist office, suggested that France was playing politics with the pandemic. “We feel like our industry is paying the price for the bad relationship between the two countries right now, whether it’s Brexit, fishing or whatever,” he said.

Mr Badjily said the current rules were inconsistent as fully vaccinated tourists from other countries where the Omicron strain is already present can travel.

Vaccine passports are required to enter French vacation spots such as ski resorts, as well as restaurants, bars and leisure facilities.

Alpe d’Huez attracts a quarter of its visitors from the UK every year, and Mr Badjily added: ‘Why shouldn’t a Briton who meets these criteria be allowed to come, but the French and the Belgians can? “

Christophe Lavaut, director of the ski resort of Val d’Isère, also called on the Parisian authorities to repeal the “compelling reason to travel” directive which has prevented holidaymakers from coming to France. “This restriction should simply be lifted as it is no longer necessary,” he added. 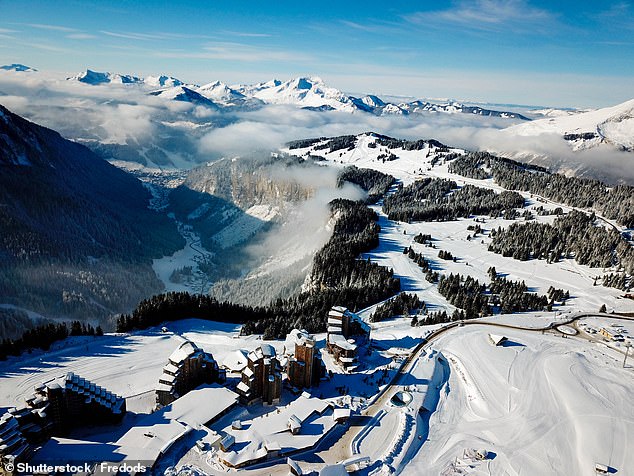 At least 42% of Val d’Isère’s customers are British, said Lavaut, who urged his government to act “in early January”. Mr Macron’s travel measures have created chaos and confusion throughout the Christmas holidays.

Earlier this week, border police even prevented Britons legally residing in the EU from returning home – French officials at the Eurotunnel terminal in Folkestone said they were not allowed to cross France for reasons health.

But the EU’s leading disease control agency said in a report last month that Omicron’s travel restrictions “only” save precious time during the first days of detection, “adding that in countries already experiencing community transmission “such measures are unlikely to be relevant any longer”.

The French government did not respond to the Mail’s request for comment. Germany will remove Britain from its travel red list on Tuesday after its government admitted that Omicron already had a large presence in the country.