NUR-SULTAN – Global tourism continues to recover at a steady pace. Globally, there were almost three times more international arrivals in the first quarter of 2022 than in the same period of 2021. Kazakhstan is no exception and is ready for foreign and local tourists. The Astana Times spoke with Talgat Amanbayev, chairman of the Kazakh national tourism company responsible for promoting and improving tourism potential, about how the pandemic has opened up new opportunities and what comes next for the Kazakh tourism industry.

The COVID-19 pandemic has been a significant stress test for tourism. How has this affected the country’s tourism industry?

It’s a very difficult question. Since the start of the pandemic, people have been trying to predict what the effect would be. In the first year, which was the hardest hit, the country lost 70% of incoming traffic and 40% of internal flows. And according to various estimates, the calculated loss was about 300 billion tenge ($685.9 million). At the same time, for example, last year saw a record figure for domestic tourism – 6.5 million, almost 7 million – traveled across the country. It’s the record. Thanks to this, tourism businesses began to recover. What I like to point out about tourism is the area of ​​the economy that has been hardest hit but is one of the fastest recovering. For example, hotels and accommodations brought in 109 billion tenge ($249.2 million) last year, which is very close to the pre-pandemic period. So it recovers very quickly and like I said, traveling is much safer now – less hassle and less paperwork.

You said the tourism industry is recovering. When do you estimate it will return to pre-pandemic levels?

Domestic tourism has already reached pre-pandemic levels, but also broke the highest record on record. Domestic tourist flows have always been in high demand, especially in summer. Kazakhstan has several seaside resorts that receive a lot of tourists, with a maximum during the summer. Burabai and Alakol lakes, the Caspian Sea, Bayanauyl, Kapshagai, Bukhtarma and in recent years Imantau Shalkar. They all have great potential and are often found on wish lists for summer travel. The pandemic has spurred the development of ecotourism. Although it was increasing every year, with the pandemic it became a trend. Last year we had a record 1.5 million visits to national parks, before that the record was around 900,000. So that’s almost 50% more than the previous record. If before it was only of interest to foreigners, now we see a lot of Kazakh citizens going to national parks and doing ecotourism. Caravanning and agritourism are also developing. I want to point out that domestic tourism also increased before the pandemic. But the pandemic has only increased the rate. So if it was a 12-13% growth rate, it’s now close to 50%. 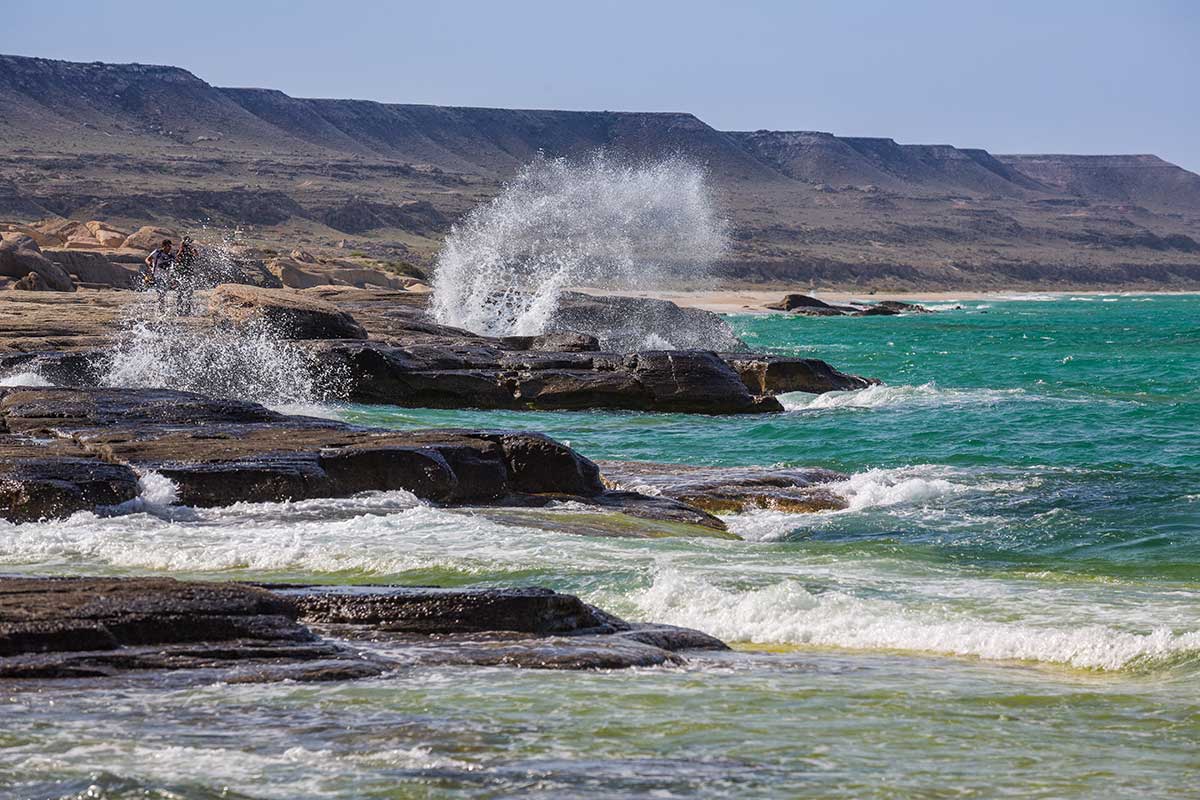 For inbound tourism, we are also seeing positive changes. In February, Kazakhstan resumed its visa-free regime with 74 countries. And we hope to increase the list to 100 countries. We are seeing an increase in international arrivals, but this is also linked to the geopolitical situation in Russia and Ukraine. We are seeing an increase in this region. But on top of that, the reinstatement of the visa-free regime and the abolition of the mask regime make Kazakhstan a more attractive and much safer destination to travel to. Due to the current situation, many people who planned to visit Russia, Ukraine or Belarus this year are rethinking and are now choosing Kazakhstan over these destinations. I don’t want to talk about an additional benefit, but rather a side effect, which works positively for the development of tourism in Kazakhstan. 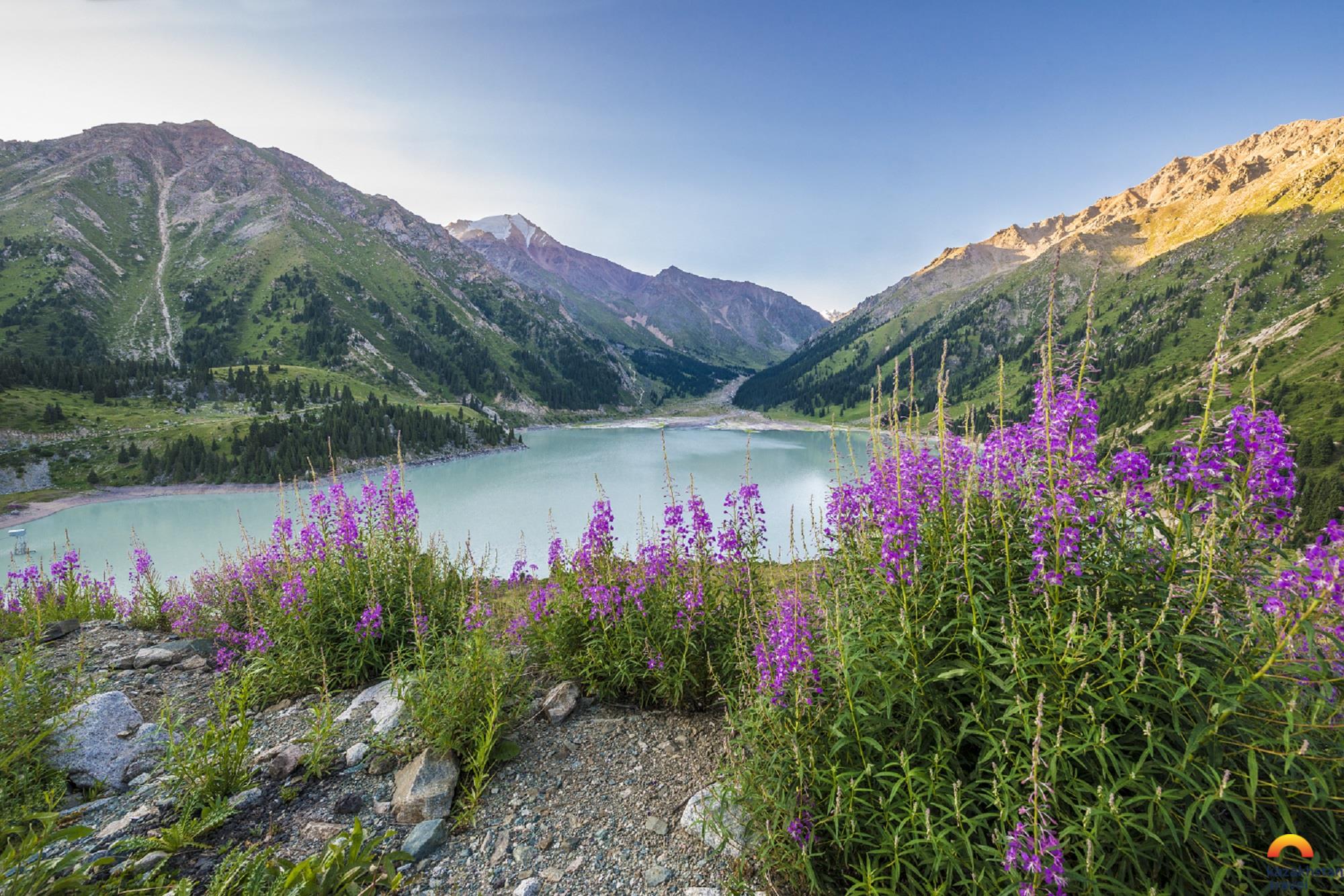 Big Almaty Lake is one of the most popular destinations near the city of Almaty. Photo credit: kazakhstan.travel

What are some of the ways to support people’s growing interest in traveling in their own country?

Kazakh Tourism was created specifically to promote domestic tourism and inbound tourism. One of the things people notice about our work is the promotional efforts we do. It’s mostly our videos, and everyone knows we work with local travel bloggers and overseas influencers, and encourage them to travel around the country. These aren’t traditional marketing videos, they’re more like social media content, whether it’s Instagram stories, Tik Tok videos, and YouTube shorts. One of the examples is Pankratova skiing on a lake during winter [referring to Kazakh figure skater Kseniya Pankratova’s dance performance on the frozen Lake Kolsai]. These videos are getting very popular, people are sharing them. We have also agreed to broadcast our promotional videos in all public service centers that serve tens of thousands of people every day. Due to the queue, many people pay attention to these videos. But you can’t attract people with ads alone.

And that’s another part of our work, less visible but more systematic. In January, we proposed measures such as subsidizing tour operators for each foreign tourist they bring. We also reimburse 25% of ski resort equipment and machinery costs, which are very expensive infrastructure, 10% of tourist facility construction and reconstruction costs, 25% of tourist transportation costs, and 10% of tourist facilities. construction of roadside service facilities. Another example is the Kids Go Free project, where every child up to the age of 18 is entitled to a free ticket as part of an organized trip. 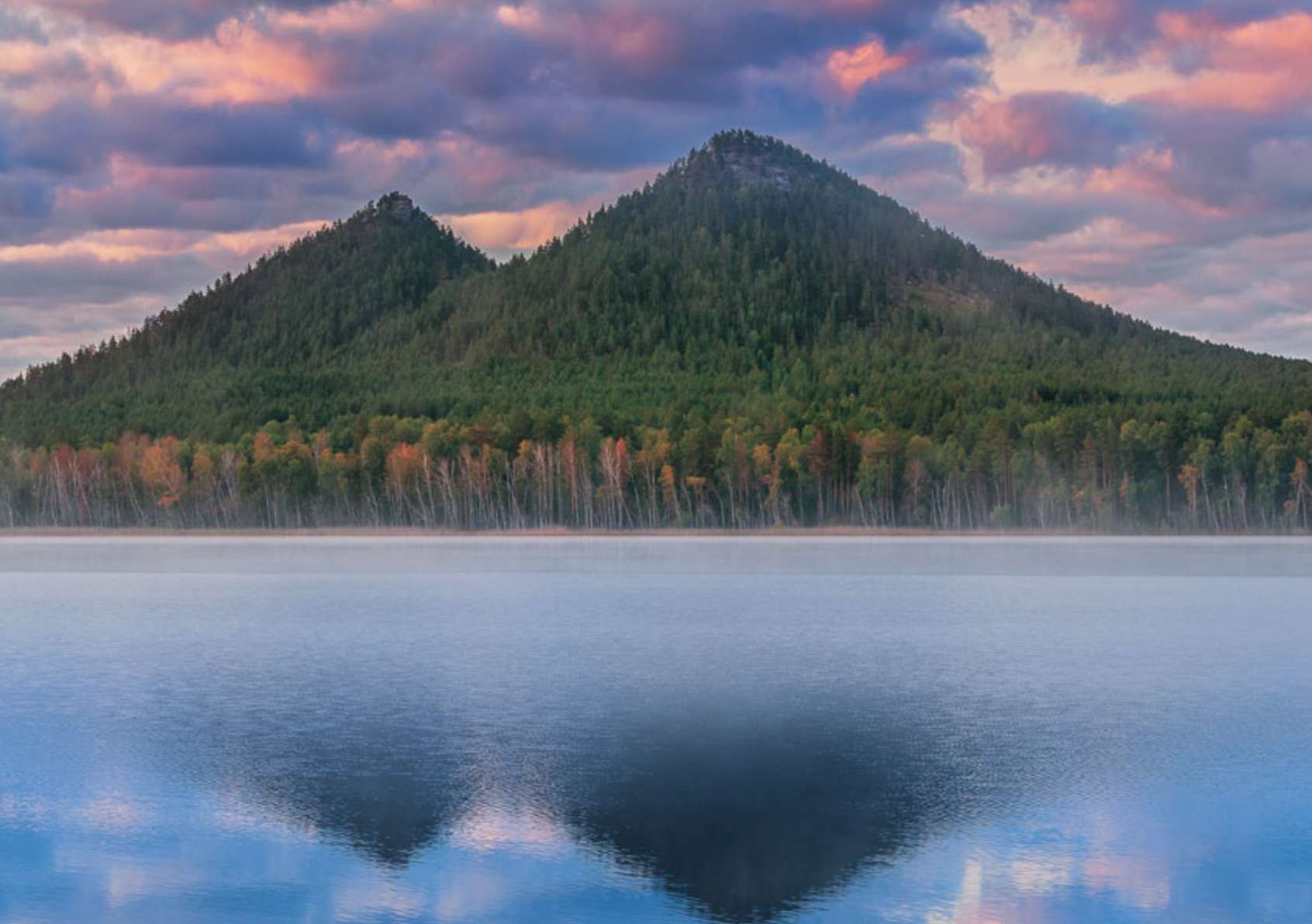 The resort town of Burabai is almost a three-hour drive from the Kazakh capital Nur-Sultan. Photo credit: kazakhstan.travel

Our country is the ninth largest country in the world, so it is very difficult to show instant results. Building roads in Kazakhstan is a whole new story because of the distances to be covered with the roads, but also the need for roadside amenities. Work is underway. For example, if you live in the regions of Western Kazakhstan or Mangistau, in the past two years you will see that hundreds of kilometers of roads have been built around popular tourist spots, which has allowed local businesses to flourish. . The same thing happens in the Almaty region and the Turkestan region. This year we will build the same thing in the three new regions. Many airports have also been rebuilt. 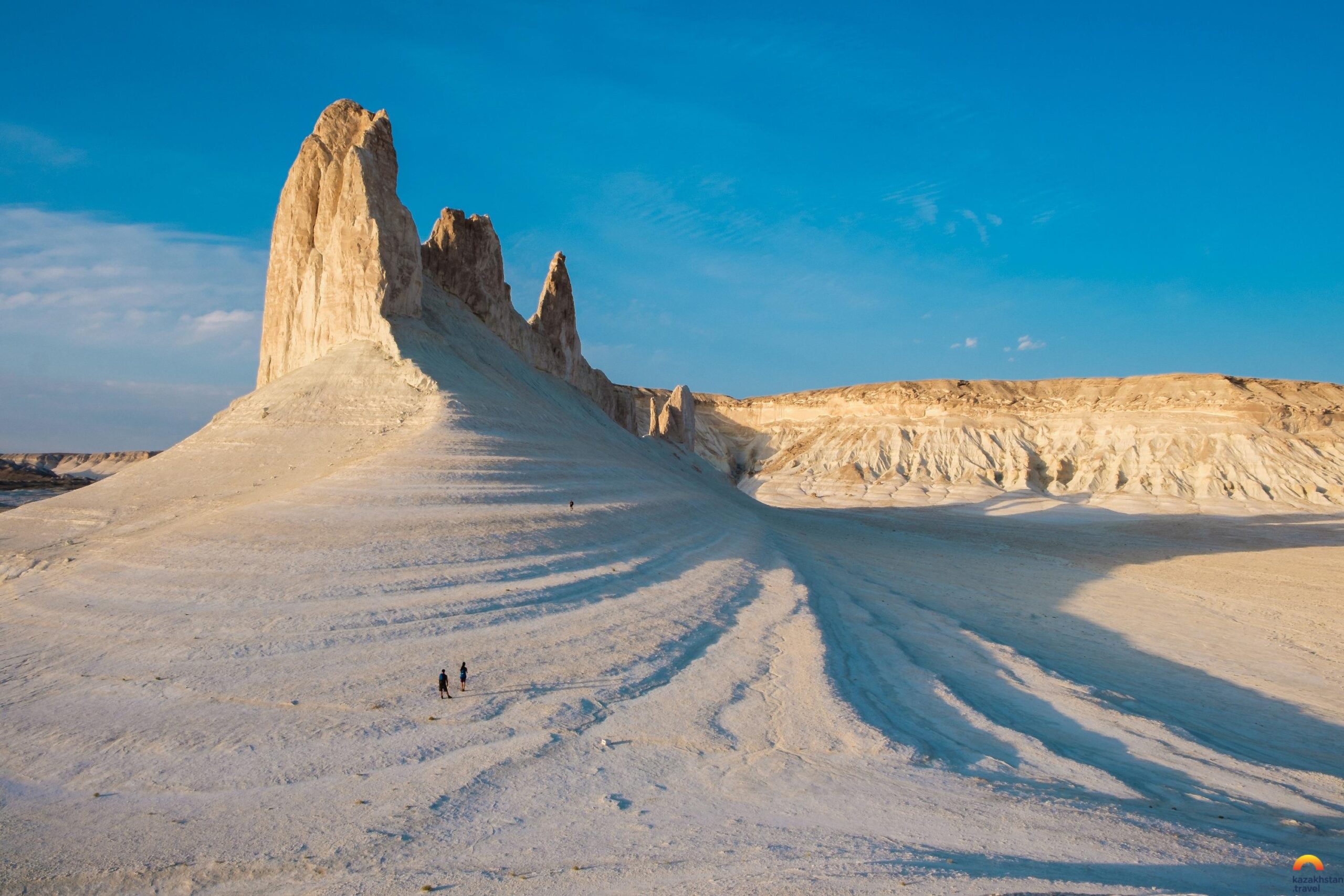 Bozjyra is a famous site in Kazakhstan, with a Martian-like landscape, created due to weathering and erosion, and located on the territory of the Ustyurt plateau in the Mangistau region. Photo credit kazakhstan.travel

To be honest, sometimes there are places that are great and awesome, but only a few people like them. So, for the government to prioritize this location and put effort into it, it must be in high demand. So unless there is high demand, there are plenty of other things that should be taken care of in the country.

Apart from ecotourism, what are the other areas that may be in high demand by tourists?

COVID, in general, has caused a lot of problems, but also created many opportunities for new types of businesses and for old businesses to remodel. In ecotourism, due to the high demand, we see a lot of investors investing their money in ecotourism, building glamping and accommodation, with different types of activities.

We also see agritourism becoming popular. Generally, you go to a rural area, for example a farm, and there you discover the nature, the way of life and the contact with the domestic animals. Because Kazakhstan is very popular for its agriculture, in different regions we have different types of agribusinesses. They all attract tourists.

Adventure tourism is growing and event tourism is getting back on track with many people redefining events from big major events to smaller ones. It’s interesting to see all these changes and how companies are adapting. 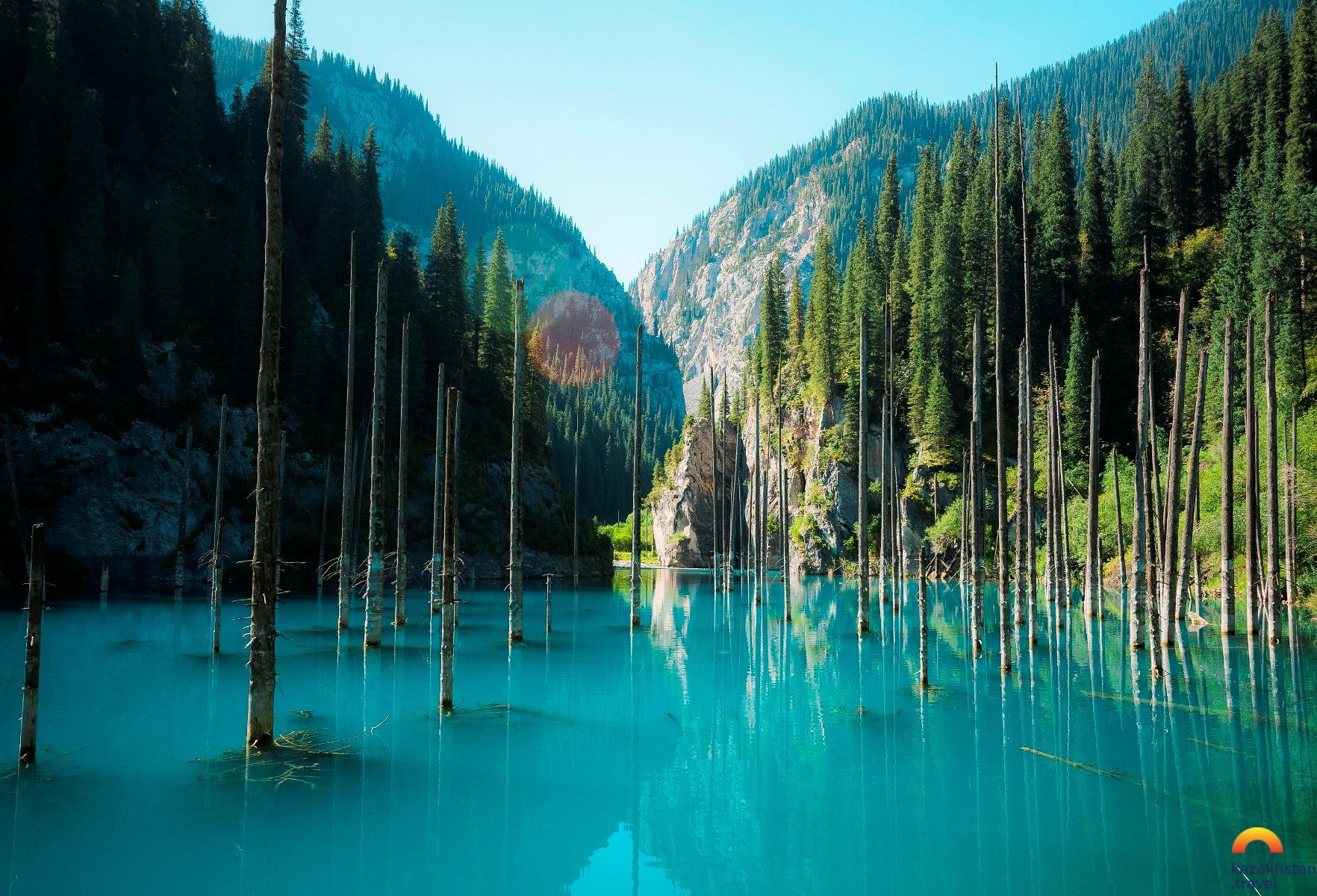 Kaiyndy Lake with turquoise waters was created because of a major earthquake in 1911 in the Almaty region and has trees growing upside down and underwater. Photo credit: kazakhstan.travel

People’s attitude towards nature is not always sustainable. What are some of the ways to balance tourism industry development and sustainability?

That’s why we decided to research what other countries are doing to solve this problem. And I really liked the approach of the Chinese government, because they have a large number of tourists, they say whenever tourists or people walk around alone, there will always be damage. They see that the only way to solve this problem is to organize this flow by building a pathway so that people are organized along this pathway. It will be easier to maintain their safety in the first place and clean up after them. 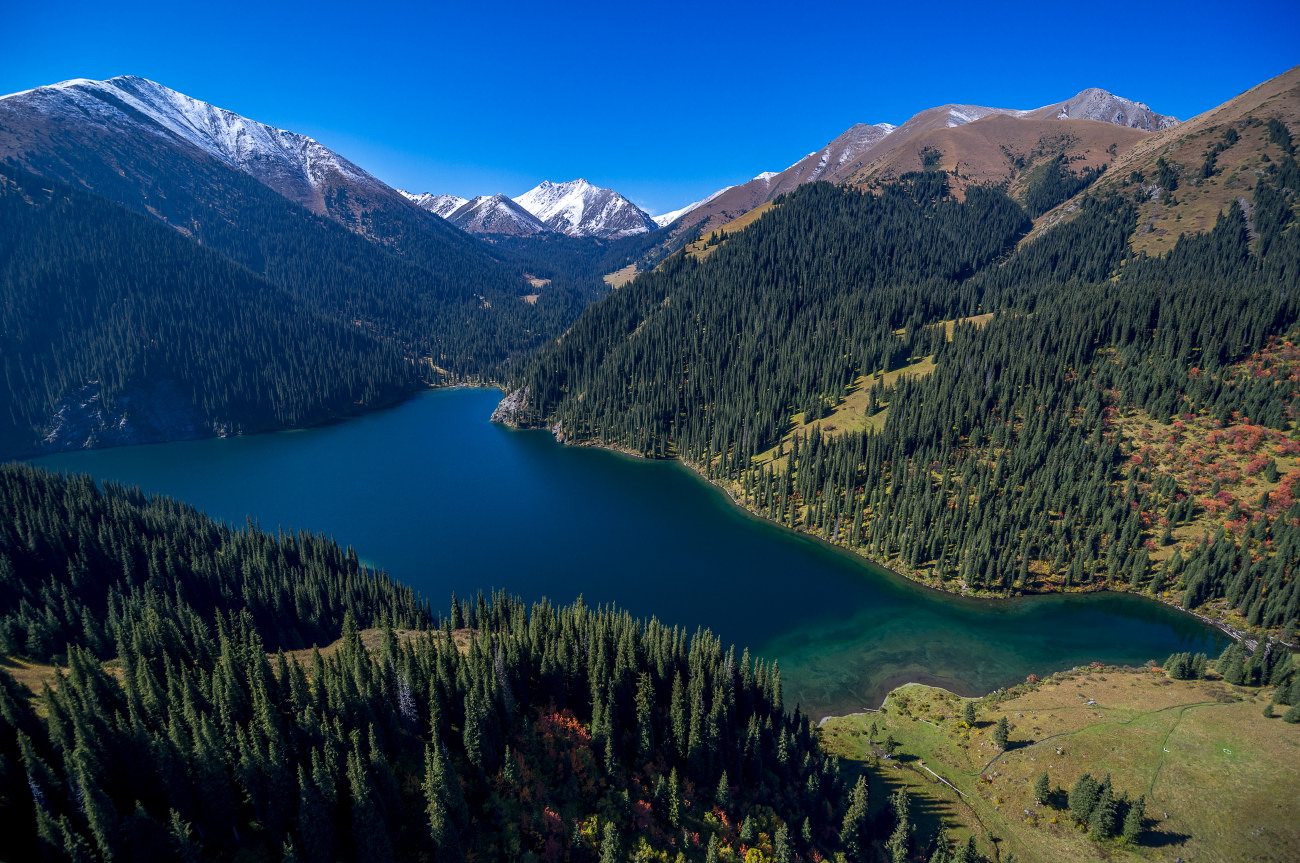 The Kolsai lakes are located about 300 kilometers from Almaty.

Another question is should the government be the one doing it? Not always. Most of the time, companies need to be motivated to do this. And I noticed that this was in the village of Sati in the Almaty region [near Lake Kolsai]. Initially, it was just a few households hosting tourists for the summer, but due to the pandemic, many people traveled to Sati for travel. And suddenly, instead of 30 households, there are now 180 households who rent their house. And then what I noticed was that they started organizing on social media. Whenever a tour group approaches, you should contact someone who will provide accommodation for all group members. It’s not new. This is called community tourism. In community tourism, they are the most interested in keeping the environment clean. And what I noticed in Sati is that these residents are now protecting their neighborhood, putting up signs, teaching their children not to litter, and punishing those who litter. Everything is happening without government interference. And I think we just have to follow that example. If the locals don’t care, the government should spend millions of tenge to clean up after everyone.