Linn Grant overtakes Maja Stark to lead 2022 Race to Costa del Sol after second place; Liz Young scored a three-under 69 on the final day in Switzerland to finish on 12-under for her first LET victory 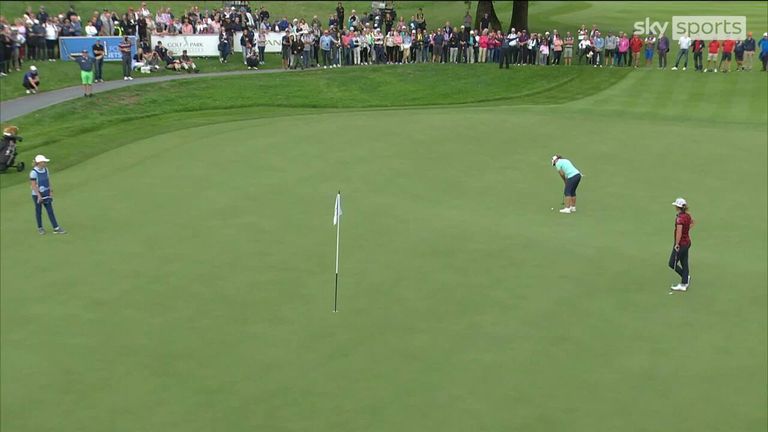 Liz Young claimed a long-awaited maiden title on the Ladies European Tour in her 14th season after claiming a one-shot win at the VP Bank Swiss Open.

The Englishwoman, taking a one-shot lead in the final round at Golfpark Holzhausern, mixed four birdies with just one bogey to post a three-under 69 and stay within a shot of four-time LET winner Linn Grant.

The 39-year-old added more birdies on the 11th and 14th to take a two-shot lead with four holes to play, with par at the last enough to end the week on 12 under and secure her decisive win.

“I can’t believe it right now! I’ve been here for a while and haven’t got the win yet, so to do it here in Switzerland is just fantastic,” said Young. “I said I would keep playing as long as I liked it and as long as I got better – 14 years later, here we are.

“I hope my daughter is watching. I’ve been here for a while and never really come close to winning, but I’ve had some good results in some solid ground trials.”

Grant birdied three straight on her back nine but couldn’t find another on her final hole, which would have forced a play-off, with the Swede finishing second to England’s Rosie Davies.

“I’m really proud of myself,” Davies said after a final 70. “I dropped a few too many shots to put the pressure I needed on Liz. [Young]. I birdied on 14 and 15, thought I was gonna chase him all the way, and I got to know Linn [Grant] was going to birdie somewhere. I’m really happy with the week.”

Finland’s Ursula Wikstrom, Germany’s Alexandra Försterling and Belgium’s Manon De Roey all tied for fourth place with nine under, with England’s Annabel Dimmock in the group tied for seventh.