The mystical beauty of its flora can be attributed to the most preserved holm oak forests, endless Eumediterranean pastures, numerous species of orchids and endemic and protected plants. Despite this natural splendor, the recognizable symbol of the municipality of Ližnjan remains a modest, very beautiful, bright yellow and fragrant Spartium junceum. 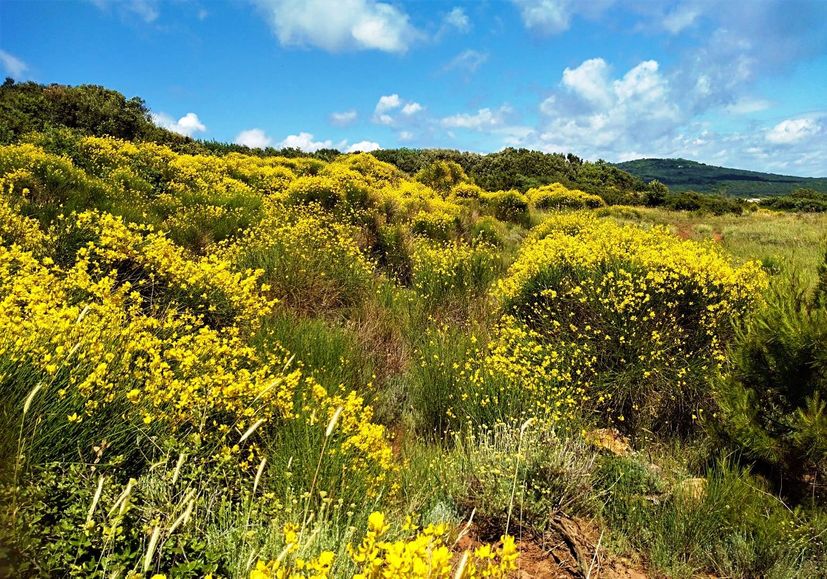 Although the Spartium Junceum or Spanish broom (Junceum – which means bulrush) is widespread and enriches a spring landscape along our coastline, there is a special connection between the municipality of Ližnjan and this modest wild plant as evidenced by the landscape rich in Sparta. bushes, its historical significance as well as the fact that it adorns the official coat of arms of Ližnjan. Visit southeastern Istria in the pre-season when, in the tranquility of waking spring, Spartium turns into an extraordinary guide that takes you on a fragrant adventure. 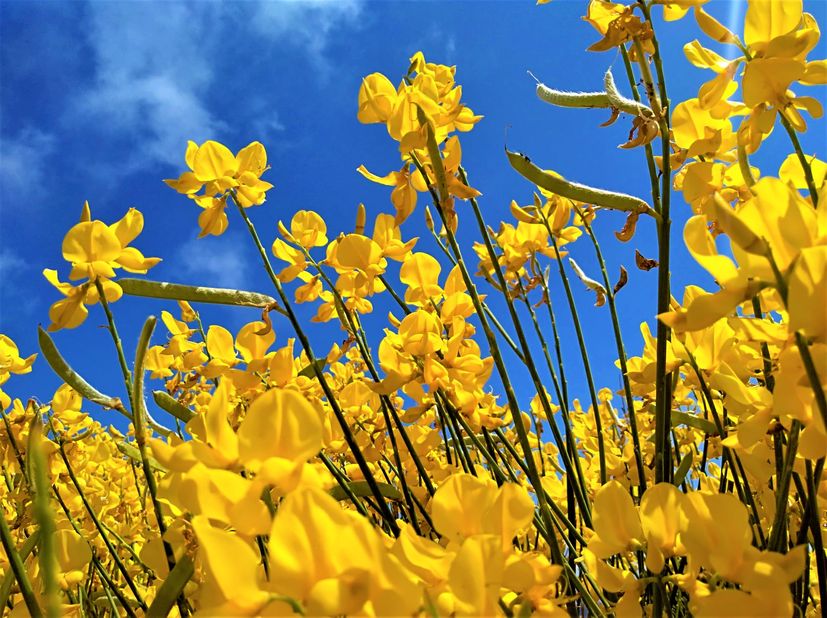 SPARTIUM JUNCEUM (Croatian: BRNESTRA) – DECORATION IN THE COAT OF ARMS OF LIŽNJAN MUNICIPALITY

Ližnjan was first mentioned as Lisianum as early as 1149, and we can easily imagine that this hardy plant already decorated the nature of this region.

The plant has many positive characteristics – its shrub can grow up to 3 meters, has a lifespan of up to 25 years, loves strong sunlight and is resistant to strong winds, drought and low temperatures. Its branched roots protect the soil from erosion. After the Second World War, the factory greatly alleviated the economic hardship of the inhabitants of southern Istria and the municipality of Liznjan. Because it was abundant and its fibers were strong, farmers used it to make bags, ropes, mats, and even shoes, clothes, and sheets. It was and remains essential to beekeepers because its melliferous flowers attract bees.

It is therefore not surprising that Spartium Junceum has earned a place in the official coat of arms of the municipality of Ližnjan-Lisignano, but also in the name of the local municipal company Liznjan Brnestra (Ližnjan Spartium Junceum). 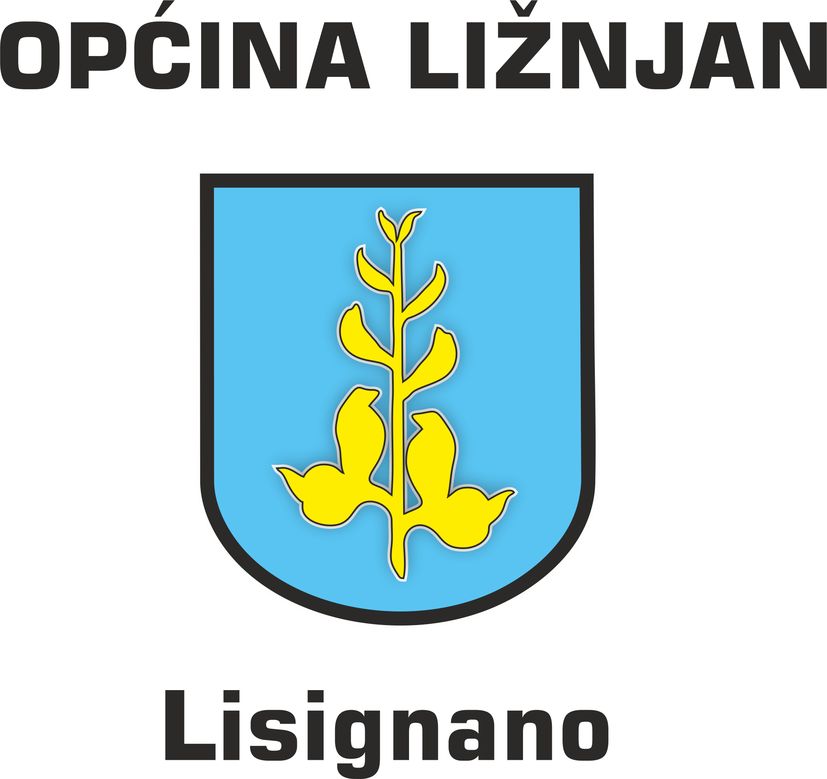 The untouched nature of the Municipality of Ližnjan and a large number of sunny hours that the Spartium Junceum recognized as its home, so that every May its bushes gratefully spread throughout the region, creating with the color yellow of its flower a beautiful contrast with the blue of the sea and the sky. as well as green landscapes.

It’s a little less prevalent in the coastal areas covered in holm oak forests, but there is one place where you’ll come across magazine cover-worthy scenes. The most attractive site with Spartium Junceum bushes is a picturesque Marlera peninsula stretching from Kuje Bay to Kažela. A photogenic lighthouse of the same name awaits you on the mentioned peninsula. According to ancient folk tradition, the flower of Spartium Junceum contains a vigorous power that only works on women. When Spartium blooms, the plant releases heady scents in May, and women become exceptionally seductive.

Whether this is true or a myth is not known, but one way to find the answer is to walk the 10.5 km long educational walking trail saint Stephen (Sv. Stipan) at the foot and up the hill of Monte Madonna in Sisan. 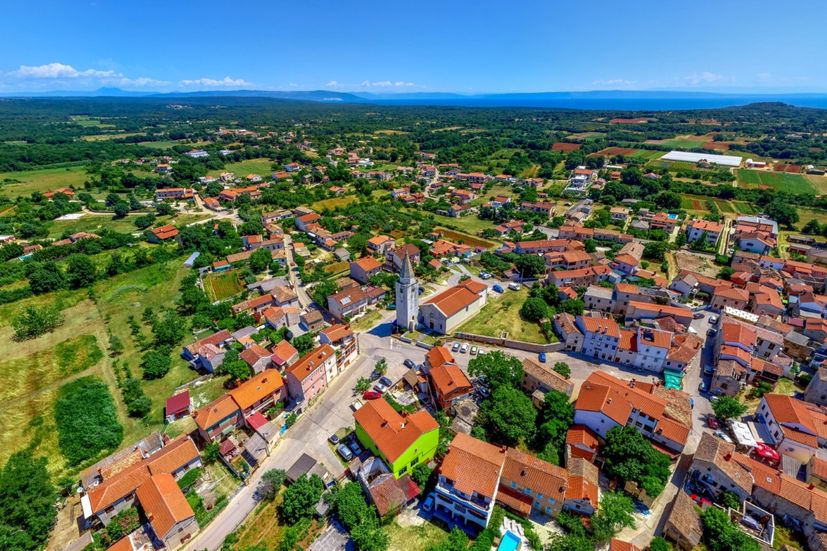 In addition to the information panel with many particularities about Spartium Junceum, you will find six other educational tables that will familiarize you with the natural and cultural values ​​of this region: Fort Monte Madonna, the underwater meadows of Posidonia, the Rudists, the water wells, the Orchids and the holm oak, which took root along the port of Budava in the most beautiful and best preserved forests of the Mediterranean

A beautiful custom connected with the Spartium Junceum is woven into the tradition of the villages of Ližnjan and Šišan. June is the month of processions on the occasion of the feast of Corpus Cristi, and a unique detail makes it even more solemn.

While the Ližnjan procession was intermittent, the Šišan procession was continuous. Both are characterized by women and young girls carrying the baskets and baskets filled with Spartium Junceum which they use to toss the petals along the path traveled by the procession. Note also that the bright yellow flowers of Spartium Junecum were once used to garnish pillowcases and mattresses; in the past they were used to make yellow paint, and today they are used to make oil which is added to perfumes. 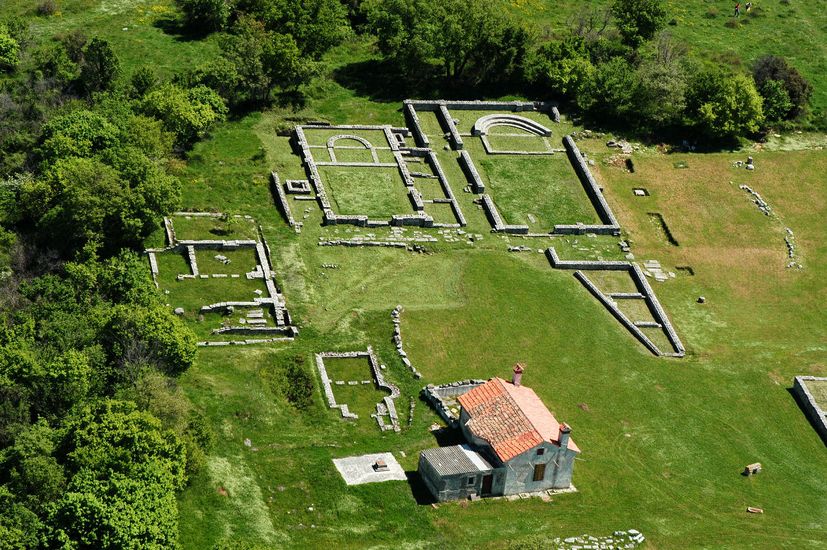 Spartium junceum will take you to the most important archaeological site in Istria, the Royal Nesactium. The stone remains of the most powerful Histrian fortress surrounded by soothing greenery shine with the special energy of the intrepid Histrians, who built their city in order to be able to control all the traffic from the northern port of Budava Adriatic in the south.

Like the Liburnians, they used Spartium Junceum in households, nutrition, and clothing, and the plant played an important role in making flexible and resilient ships. Although they failed to save their city from Roman attacks despite their strong and daring resistance, the story of Histrians and Spratium Junceum survives to this day. 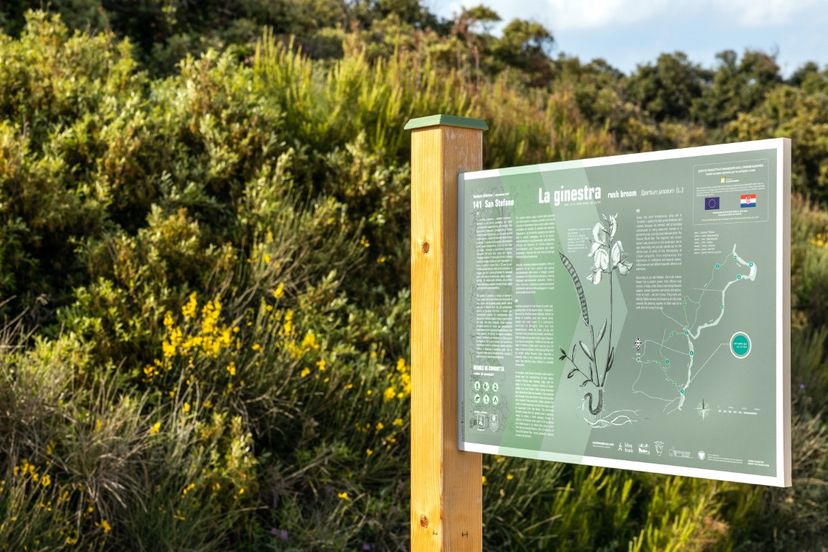 ARTEFACTO EARRINGS – SPARTIUM JUNCEUM AS INSPIRATION FOR A GIFT AND SOUVENIR

How to perpetuate the beauty and particularity of Spartium junceum? How to enjoy their flowers all year round? Many artists have found inspiration in Spartium Junceum, including the Artefacto brand, which bases its exceptional handcrafted jewelry on motifs from Croatian natural and cultural heritage.

After visiting the municipality of Ližnjan, jewelry designer Nataša Stanić Bellante preserved the blooming butterfly-shaped flower of Spartium Junceum by turning it into silver earrings which she makes in three variations; silver, gold or a recognizable bright yellow color. Thanks to the cooperation of Artefact and the LIžnjan Tourist Board, all visitors registered in the e-Visitor system and all residents of the municipality of Ližnjan, jewelry with patterns from Spartium Junceum is available with a discount of 20% from June to September, i.e. 15% discount for yellow earrings which require more time and effort to make.

Guests are entitled to discounts by presenting a registration certificate issued by an e-visitor by the Ližnjan Tourist Board, i.e. based on proof of residence for the resident population. They should be sent to [email protected] or via the FB page @artefacto.zagreb and the Instagram profile @artefacto.hr