Tiger Woods left an indelible memory at St Andrews, but slow play and player boos didn’t go over well… the highs and lows of an unforgettable 150th Open Championship

By Derek Lawrenson for the Daily Mail

At the risk of sounding like the tourist office of St Andrews, is there a nicer and more interesting town in Britain when the sun is shining?

A world class university, one of the great beaches to walk or run, fascinating historical monuments, great pubs, spectacular sunsets and an amazing cemetery. Did I miss something? Oh, the golf is okay too.

When you watch the Dunhill pro-am in October you forget what an interesting course it is during the blessed summers when it plays hard and fast.

But it was surely the Open that convinced the R&A to bring the ball back to 10%.

We now know it’s a place the game simply can’t afford to lose, but it won’t be able to cope in about five years without help.

Only the truly great leave indelible memories at an event where they miss the cut.

Tiger’s kicked off the Saturday before the Open started when he gave around 100 punters an unexpected treat by joining them for a stroll around the Old Course at dusk.

As for Friday’s farewell, and the perfect symmetry with Rory walking the other way, that will go down in St Andrews folklore. 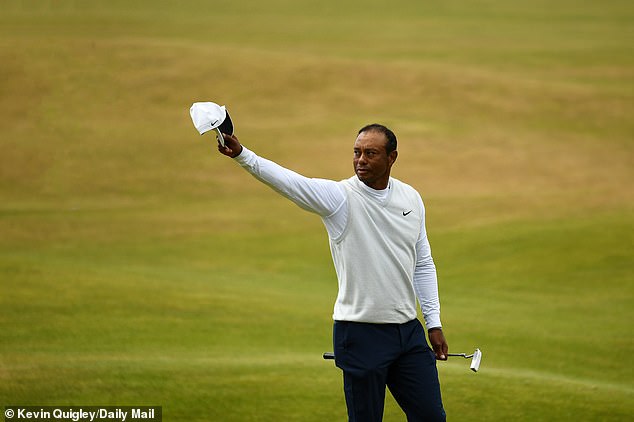 He’s always been one of the most popular golfers, but he’s out of scale now.

For some reason that’s never been easy to understand, he’s always had a lot of detractors too, but he seems to have won those people over as well with his unequivocal stance against Saudi LIV forces.

You might have to go back to Seve in its heyday to find something comparable to a raucously fervent St Andrews Open that accompanied Rory around the Old Course. 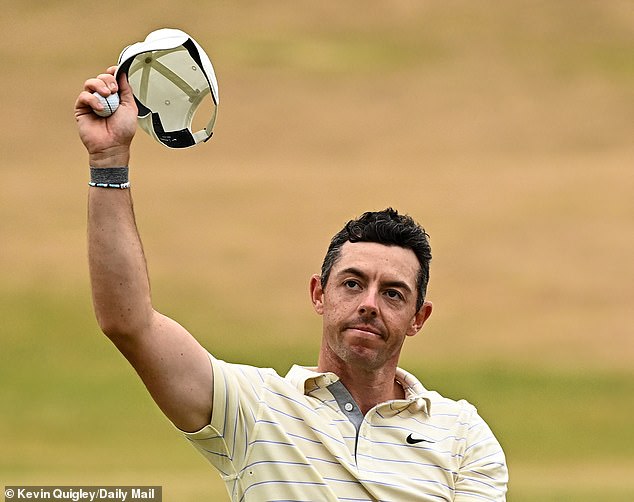 I was lucky enough to have the best seat in the house for an hour Friday on a balcony at the Rusacks Hotel overlooking 18th.

And there was no doubt how loud the boos were for Phil Mickelson as he went first. Of course, I understand the anger of the lackeys at LIV — I feel it myself. But boo at the Home of Golf? It doesn’t hold well. 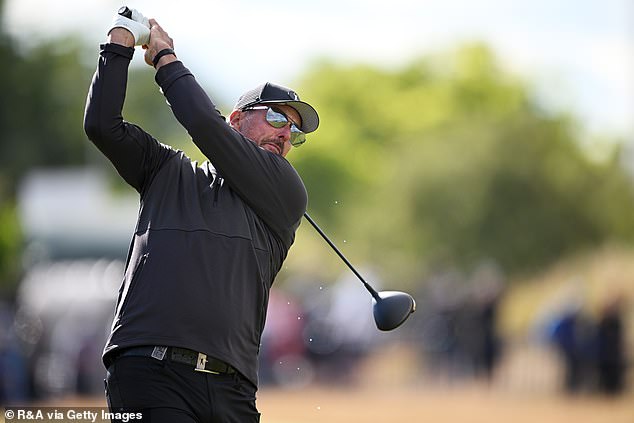 For once, it wasn’t the players’ fault. The six hour rounds were a direct result of the ball flying too far and people having to wait because there were so many driveable par fours and two par fives easily accessible in two shots.

On holes like the fifth, the wait on the tee for fans following a particular group was over 20 minutes…while nothing was happening.

Golf must stop abusing its public in this way.